Accueil / Auteurs / Sonia Ristić
Sonia Ristić was born in 1972 in Belgrade. She grew up in former Yugoslavia and Africa and has been living in Paris since 1991. She studied literature and theatre and became an actor and director. She worked with several NGOs on wars in former Yugoslavia and human rights. In 2004, she founded her own theatre company called ‘Seulement pour les fous’ (For Madmen Only). She teaches creative writing workshops in France and abroad. 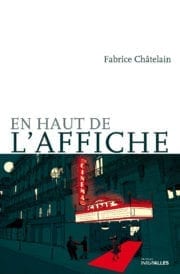